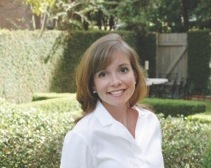 Alison Martindale Kinney, highly respected and with years of experience, is a Principal with Barton & Kinney, PC, a dynamic public affairs firm based in Montgomery, Alabama, that provides a full range of governmental, grassroots, campaign and public relations services.

Kinney has represented major corporations and trade associations in both Montgomery, Alabama, and Washington, D.C.. Her scope of work has included direct lobbying of the Alabama State legislature, the Alabama Congressional Delegation, and executive branches of government.

Kinney has executed national grassroots, media and public relations campaigns on a broad range of issues. From 1999 until 2001, Kinney managed campaigns on international trade issues from Permanent Normal Trade Relations with China to Trade Promotion Authority. Kinney also managed campaigns regarding the Medicare Modernization Act in 2004, the Patent Reform Act in 2007, and the Regulation of Government Sponsored Enterprises in 2008.

Kinney has thirteen years direct lobbying experience before the Alabama State legislature as the Director of Governmental Affairs for Christie Strategy Group.

Kinney also served as Communications Director of the Alabama Bankers Association where she was responsible for all public and media relations for the association. She coordinated fundraising events, planned conventions and was editor and advertising manager for the Alabama Banker Magazine.

Prior to joining the Alabama Bankers Association, Kinney served as Political and Legislative Affairs Coordinator for the Building Industry Association of Washington. Her responsibilities included managing the Association’s PAC as well as campaign committees established for the 1996 election cycle. Kinney planned fundraising events and developed all political and legislative publications for the association.

Kinney received her Bachelor of Fine Arts with an emphasis in Creative Writing from Faulkner University. Kinney serves as the Chair of the Alabama House Leadership Race for Diabetes.