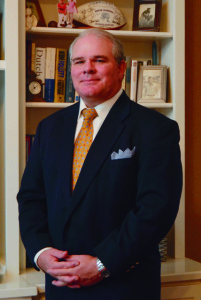 Jim Barton, a former Member of the Alabama House of Representatives, is a Principal with Barton & Kinney, PC, a dynamic public affairs firm based in Montgomery, Alabama, providing a full range of governmental, grassroots, campaign and public relation services.

During his tenure as a Member of the Alabama House of Representatives, Barton rose from a Freshman House Member elected during a 2001 special election to one of the most influential leaders in the Alabama Republican Party.

When the Republican Party was in the minority during his 2002 and then 2006 terms, Jim served as a Member of the State Government, Health and Banking and Insurance Committees. When the Republicans took control of the House in 2010, as one of Speaker Hubbard’s closest allies, Jim was named Chairman of the House Ways and Means General Fund Committee charged with writing and passing the General Fund Budget.

During his tenure in the House, Jim served with and developed close relationships with Governor Robert Bentley, Secretary of Commerce Greg Canfield and Secretary of Public Safety Spencer Collier. Through his work with the Budget Committee, Barton worked closely with each of the State Agency Leaders.

Professionally, Jim has been a private businessman operating several successful small businesses in Mobile. He received his B.A. University of South Alabama. Jim and his wife Kim have two children, Ward and Georgianne.